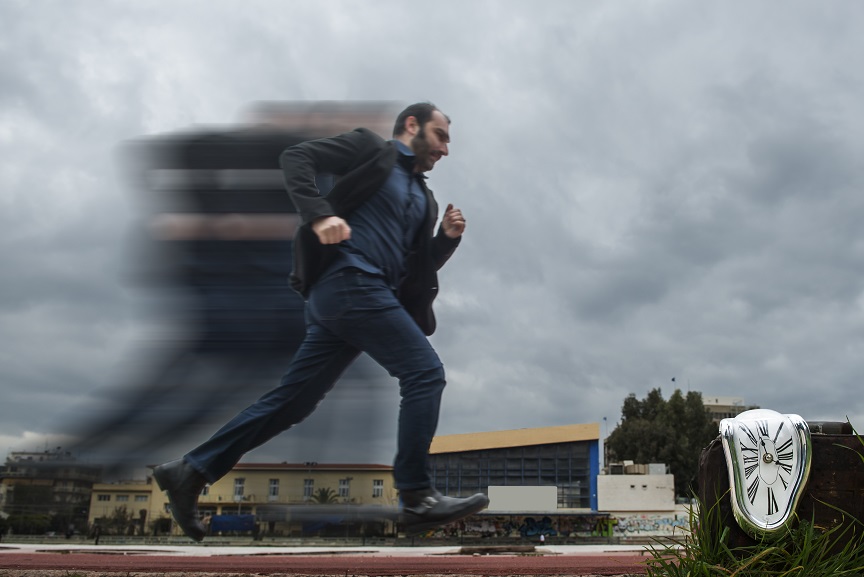 As a pre-requisite, this is not the usual type of post I release, however I had to share this on a larger scale to show what people are truly capable of; with the right coaching and guidance. By no means is this science-defying, magical stuff. It’s a simple case study, outlining the coaching practices and results achieved through effective strength training, with one of my hardest working clients/students. 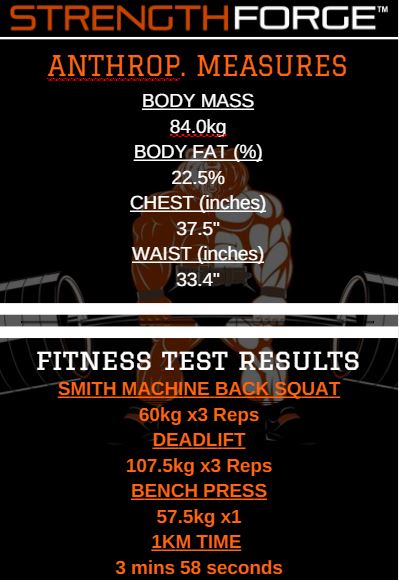 Rick came to me with the desire of gaining some muscle mass and strength. He had a decent level of fitness (particularly interval training) however, very little experience of performing strength training. His baseline fitness testing results are included on the left.

After agreeing on a schedule, an action plan was put in place, the first session of which involved fitness testing resulting in the following measurements:

“Learn to walk before you try and run” is something you may have heard before? The same applies when it comes to the development of strength. We started by using more simple variations and focus purely on the execution of the movements involved, including:

Each of the exercises used were based off an initial movement assessment we had performed; finding some limitations in ankle and thoracic/shoulder mobility. Knowing full well that they needed to be addressed from a co-ordination standpoint before any substantial overload; we got to work curing them as fast as we could. This involved drawing heavily from rehabilitation based practices and altering his ‘default motor patterns’.

IN THE MEAN TIME…

A small degree of overload was brought about with the exercises mentioned above but also through higher rep ‘assistance’ work (e.g. dumbbell presses) in a bid to develop muscle mass in lagging areas.

That way, Rick was still strength training hard when-ever he set foot in the gym, but not to the detriment of the movement patterns we were aiming to improve.

We also utilised maximal aerobic speed (MAS) training to develop his aerobic capacity. Contrary to popular belief, aerobic endurance can be improved alongside muscular strength and size, if the aerobic exercise is performed intermittently/in interval format (12). 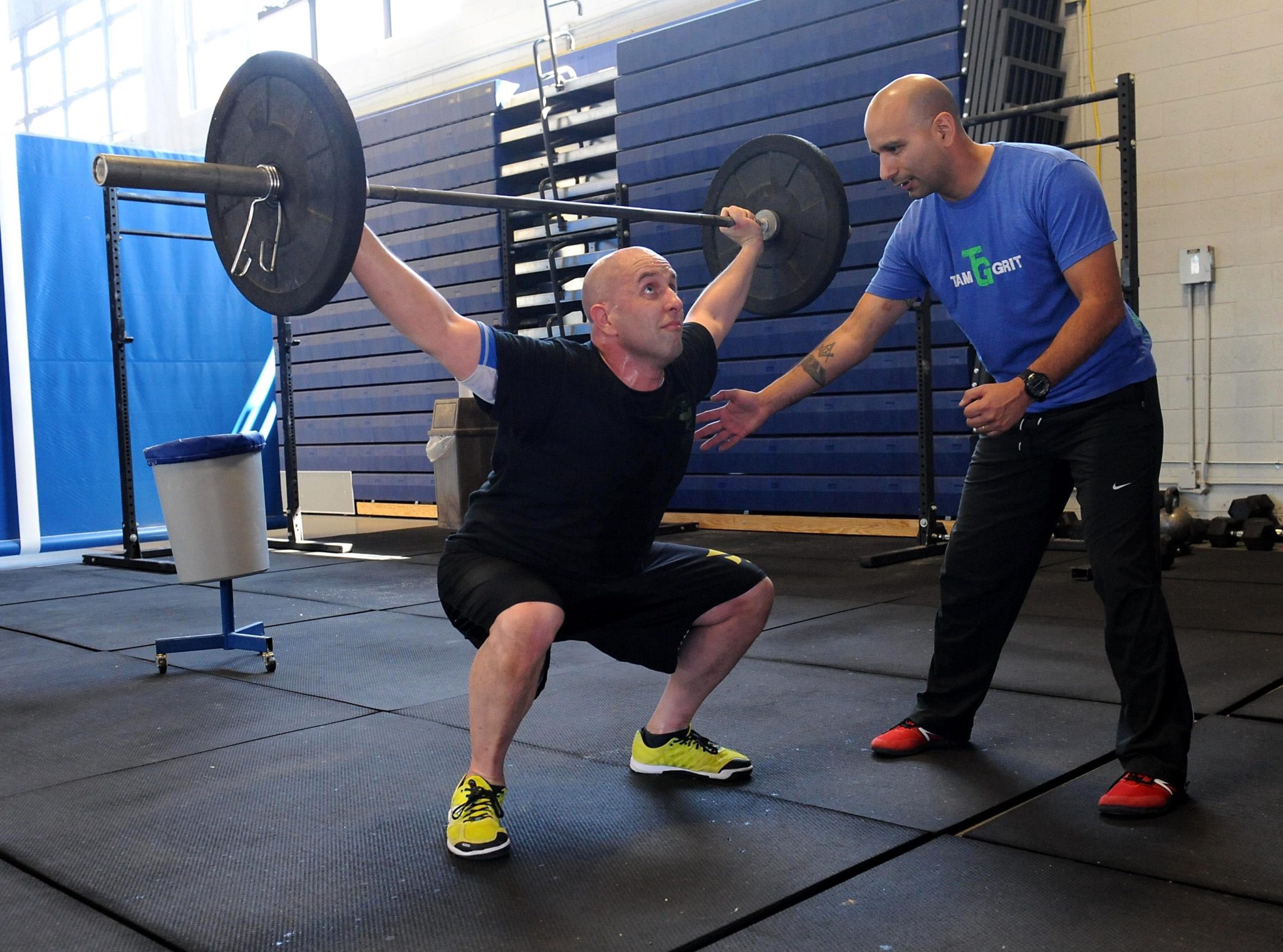 Strength is a skill that must be taught and practised on a regular basis. Considering research and coaching practice has shown technique to be a distinguishing factor between strong and weak individuals (6), we aimed to gradually introduce certain aspects of the heavier compound movements to rapidly develop his technique, without overwhelming amounts of information.

Combine this with the initial lack of equipment and some logistical issues, we began by performing squat patterns through the smith machine, finding his strength to be around 60kg during his final test on this piece of kit.

I’m going to take a second to explain this, as you may have seen me mention that “smith machines decrease muscular activation and strength”. It’s true, they have been shown to provide inferior progress in the long run when compared to free weights (9).

Free weight exercises inherently involve reduced stability when compared to machines and this is one of the main reasons free weights are so effective at increasing muscular activation (8) and force production (2); you must learn to create your own stability.

However, at this stage, the focus was centred around the specific movement sequence Rick was going to perform. Grabbing the floor with his feet, creating torque and breaking at the hip etc. I wanted to get him to practice this, without having to worry about too much at the same time. 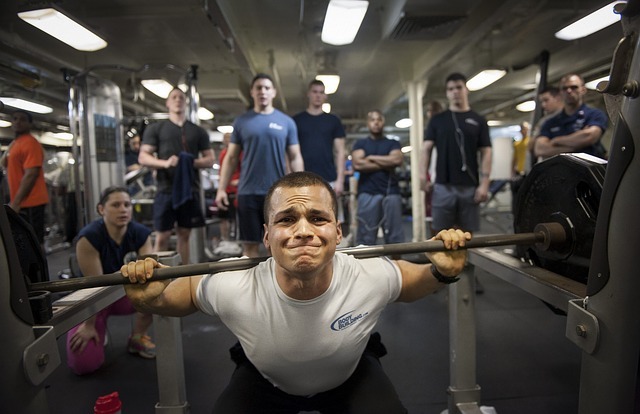 The deadlift was also an interesting one. Although touch and go repetitions have their place and can be very beneficial (5), we chose to perform every single rep with at least 3 seconds’ rest in between, in which Rick stepped back away from the bar and reset his position to practice his setup.

Remember, the setup is far too often overlooked and governs the success of the lift.

Whilst we continued to provide overload in the smith machine squat, assistance work and incrementally increased the intensity of the deadlift, I decided to introduce jump training variations that involved very low mechanical demand.

Starting with low box jumps, we gradually progressed height/weight held during the movement and with regular variations such as eccentric overload box jumps and seated box jumps.

This training method was used with the aim of developing Rick’s rate of force development (RFD), which has been shown to be a key differentiating factor between elite and novice powerlifters during the squat (4).

A quick note here. Jump training was introduced with variations that involved virtually no impact forces. I had also routinely assessed Rick’s movement capabilities to ensure he was moving efficiently and with low injury risk. 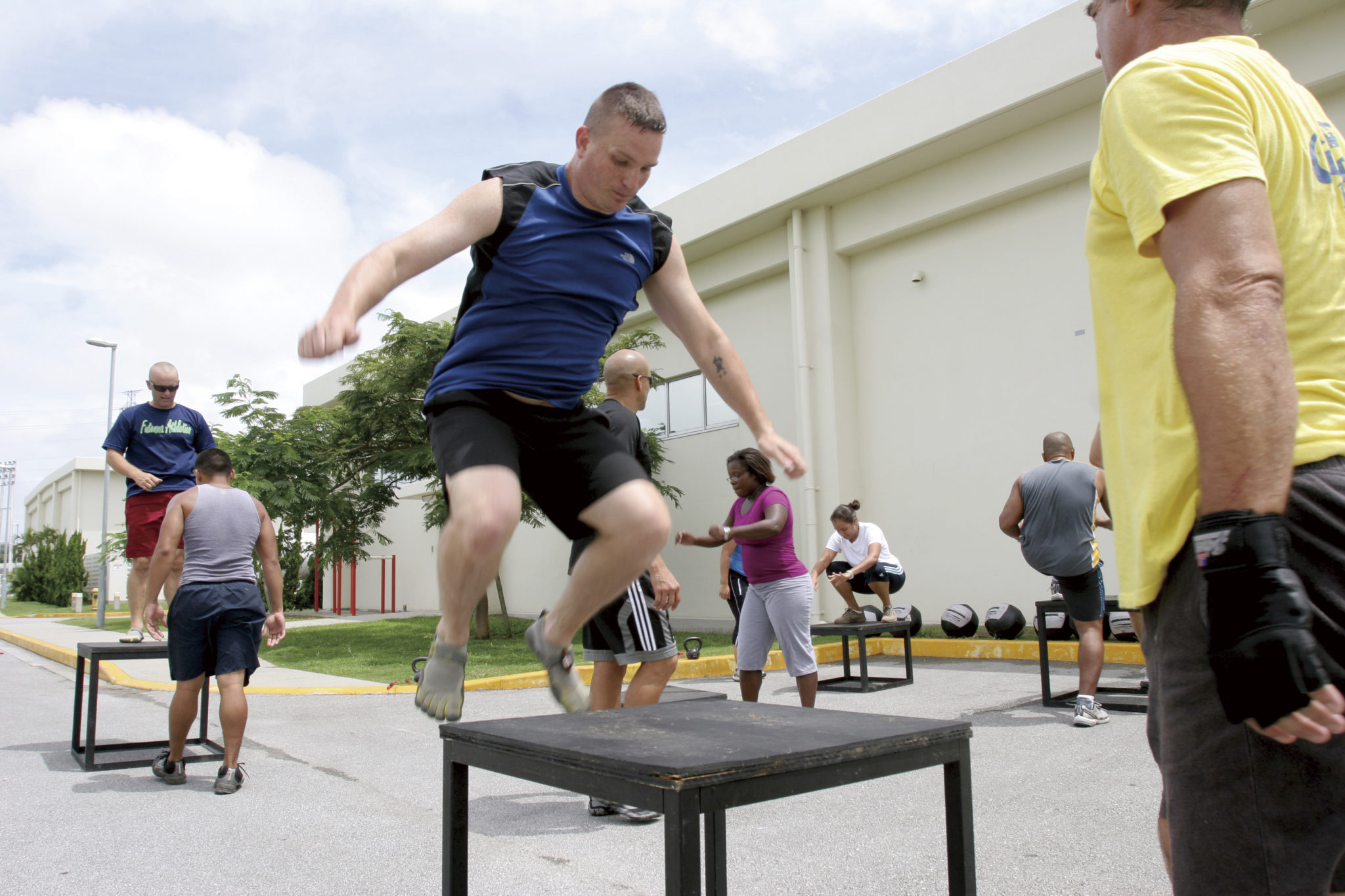 Although previously research and coaches have advocated the necessity of a 1.5x body weight squat prior to starting this type of training, these claims are largely based off the premise of injury reduction and being able to absorb the impact forces when landing.

Instead, we used boxes to reduce these forces and still gained the benefits of improving squat strength through the jump training as shown by research (11).

Whilst there is research available to suggest that simply focusing on strength may be superior when developing power output to power based training (1), it is important to note that the emphasis was still placed around developing maximal strength.

We also reduced the number of repetitions performed per set within the strength based exercises and increased the set number. Although volume (sets x reps x load) has been shown to be a key driver of developing of strength (4), a key aspect that is often overlooked is the importance of repeat-ability and focusing on the setup. 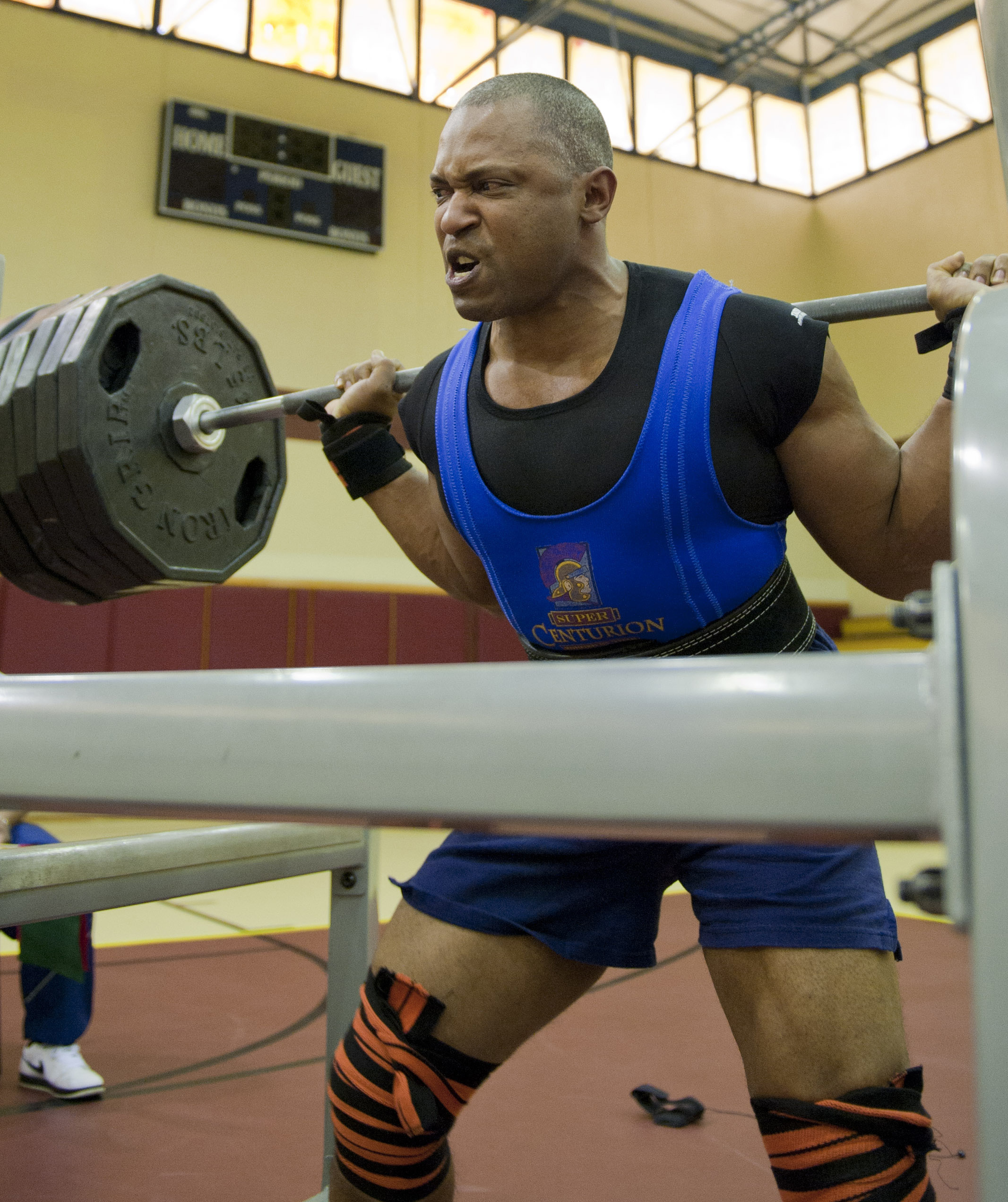 One rule I always recite to my students/clients is that of, “How you un-rack it, is how you will squat it”. Often, people think that the exercise doesn’t start until the lowering/lifting itself. However, elite level power-lifters such as Ed Coan have stressed the importance of focusing on the setup for a long time.

The development of neurological strength is maximised when exercise is treated as purposeful practice, instead of simply exercise. The more we focused on EVERY aspect of the exercise, the better.

The final weeks of our most recent strength training block involved implementing a step taper. This involves a sharp reduction in strength training volume, to facilitate recovery and has been shown to significantly enhance performance (3). 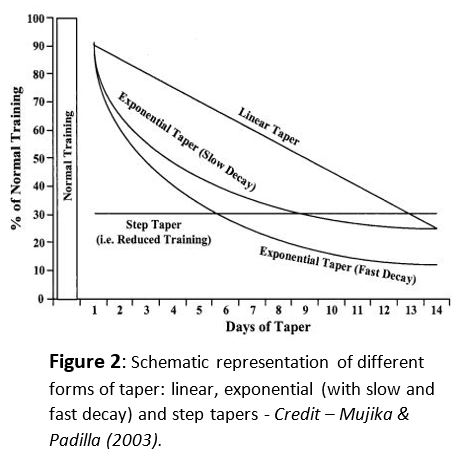 Our final session, involved the first and only heavy back squat session and the second-time Rick had ever performed a barbell back squat. We worked up to 60kg and stopped. Due to having more practice with the actual testing movement, we performed a cluster set of deadlifts, in which 8 repetitions were performed, interspersed with a 10 second rest.

This was a lower volume than usual (calculated by the percentage decrease in strength training from the taper), however cluster sets have been shown to increase time under tension and impulse (7), therefore still providing a hard strength training session for Rick.

On the image on the left, you can see the phenomenal progress Rick has made in such a short space of time (12 weeks to be exact).

Note that there was no calculated comparison between the squat due to the change in exercise selection, however to go from 60kg on a smith machine to 110kg on a barbell back squat is a pretty substantial increase. 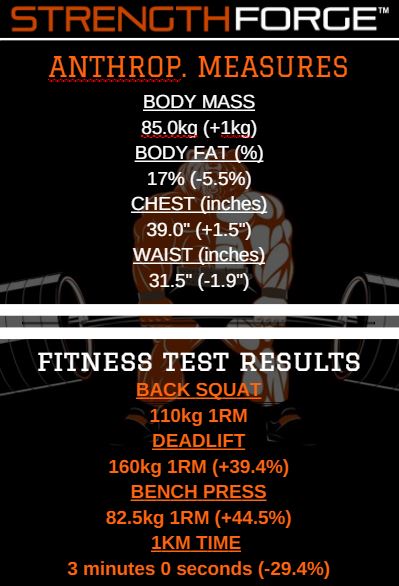 Now I must say, the effort and open mindedness of Rick as a student/client is one of the main reasons his progress was not only phenomenal, but it also occurred in such a short space of time.

He performed every exercise to the best of his ability and understood the rationale behind every exercise performed. As a result, he’s gone from being in “decent shape”, to be fitter, stronger and in better shape than many athletes I know of.

The best part? He’s only getter stronger. Let’s see what he is capable of.