Whilst it has been defined as a “systematic approach/plan for athletic development” (4), it is more simply known as a pre-determined plan for training. Obviously however, there is a much more in depth explanation for each of the principles behind effective periodization.

Initially, periodization was devised in Eastern Bloc countries in order to develop athletic prowess in the Olympic games (1). Whilst there are many Soviet researchers that provide extensive information and have dedicated their lives to developing understanding, a name that springs to my mind is Bondarchuk.

When he initially developed a training system for his Olympic athletes, he comprised 3 types of specialised training blocks, which were as follows (1): 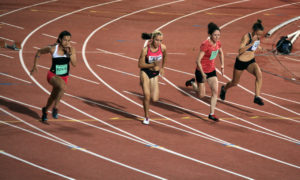 (i) Developmental Blocks: These phases were based on increasing workload levels gradually towards a maximum.

(ii) Competitive Blocks: in which the load level is stabilized and athletes focus on competitive performance.

(iii) Restoration Blocks: in which athletes utilize active recovery and prepare for the following developmental block.

Following on from this, similar methodology was used to develop the principles we know today of (5):

(i) Accumulation/General Physical Preparedness (GPP)- This involves the use of general exercises to develop the physiological foundation in which to enhance more sport specific qualities.

Now that we are familiar with the characteristics of each phase, let’s break them down individually and see how they would change regarding the development of a strength/power athlete.

This is probably the most ambiguous section, as it so far from the respective competitive performance. Many people think that because strength (for many athletes) is deemed a “general” quality, then you can do GPP for strength athletes because that should be the SPP right? To a certain degree that is true. However, strength is largely influenced by several different mechanisms such as muscle size, blood flow supply, strength of connective tissue etc. Therefore, the GPP phase should aim to improve work capacity (i.e. conditioning work, higher volumes of lifting etc.); hypertrophy in order to maximise muscle growth for consecutive training blocks and improve connective tissue strength. 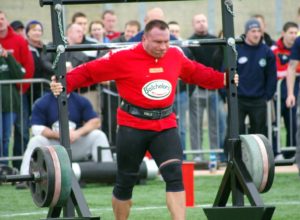 This is also the time to potentially think about straying away from your competition style movements. Depending on the events/techniques you use, your body may get quite beat up in certain areas (e.g. wide stance, raw squatting, the Yolk Carry etc.). But then is your training 100% specific to your sport? Well no, because this is the GPP phase, it doesn’t have to be. Examples of variations such as high bar squats rather than low bar, military press rather than log etc.

This is now where the exercises selected start to become more tailored towards the competition movements. Keeping in mind, there must be a transition from the GPP phase, rather than an immediate change from volume to high intensity work. Beginning to include competitive events at lower intensities to familiarize yourself with the motor patterns is ideal as this will allow for greater positive transfer from your GPP phase. 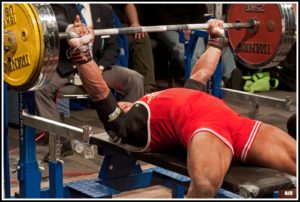 Within the GPP phase we talked about building muscle, we now want to teach that muscle how to produce greater amounts of force and become more efficient when it is recruited for movement. This is where the development of neurological strength is crucial.

It is also important however to think about still building your strength leading up to a competition. In many programs, this is known as the “peaking phase”. Whilst there are hundreds (if not thousands) of different ways of manipulating training variables, the most prevalent method involves gradual increases in intensity with a concurrent decrease in volume (linear progression). Irrespective of the training method used, some form of progression must take place in order to further develop strength and peak performance.

This is where the workload/training volume begins to decrease; intensity will also be reduced, but disproportionately to volume. A survey investigating the practices of Elite New Zealand Raw Powerlifters found a peak in volume around five weeks out from a competition, with intensity being peaked up to two weeks before (3). This shows that during tapering, elite athletes will time peak intensity to be as close to the competition as possible, still providing enough time to recover.

So what separates a good program from a bad one. Within any well periodized for any athlete, two forms of training effect must be considered; these are known as: Cumulative Training Effect and the Residual Training Effect.

This is the phenomenon involving the changes in physiological capabilities and levels of technical/physical abilities, resulting from the long-lasting preparation (2).

In essence, a well-designed periodized program must seek to provide an accumulation of workload (in the form of volume or intensity) in order to bring about a desired adaptation. This means that no program can cause adaptations, if no increase in stimulus/stress is applied as a result of periodization.

This is defined as the retention of training induced changes, resulting from systematic workloads beyond a period of time after training has stopped (3).

This principle is closely connected with the process of detraining, however it involves the consideration of varying stimulation of each fitness component, and how they differ with regards to maintenance or improvement.

In order to describe this further five main points must be considered:

1)      Duration of training before cessation: longer training causes longer residuals, meaning that if one fitness component is consistently trained, it will take longer for significant detraining to occur, compared to something that is only trained on occasion.

4)      Character of preparation after cessation of concentrated training: if you have focused one block of training on strength before moving on to power, you must seek to stimulate the strength on occasion (how often will depend on the individual), in order to prevent detraining of that specific component.

5)      Biological nature of developing abilities: abilities associated with pronounced morphological and biochemical changes such as muscle strength and size have longer residuals compared to things such as power or speed.